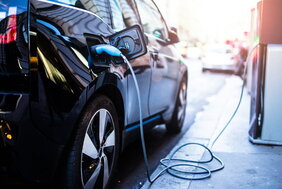 Hardly any other topic is as controversial as the use of electric cars. Regardless of the pros and cons, there are many political discussions, some of which are also ideological. But that shouldn't be our concern here.

Corona and its impact on car traffic

The opponents of the diesel engine have tried in recent years to prove the pollution of the environment by increased NOx values due to the exhaust gases from diesel vehicles. There is no denying that diesel exhaust has a negative impact on the NOx balance; however, tests during the traffic-free period in Stuttgart during the Corona crisis showed that nitrogen oxide levels did not drop as much as one had hoped.1 Conversely, diesel vehicles do not appear to be as environmentally harmful in terms of NOx emissions as assumed.

Why is the electric car so controversial?

The electric car, on the other hand, does not emit nitrogen oxides. The video explains how electrical energy is converted into mechanical energy. But also when it comes to the electric car, opinions differ. The network of electric filling stations in Germany is not yet as dense as desired. Long charging times and low battery capacity also make it difficult to use on long distances outside of cities. At the moment, electric vehicles are only suitable for short journeys and on average only cover distances of approx. 400 km (230 to 630 km, depending on the model) .² Opponents of electric cars are even more concerned with the production of lithium and cobalt for battery operation, which is obtained under the most adverse working conditions, a lot of water consumption and the use of environmentally harmful chemicals.³ The environmental balance of an electric car is reduced if these factors are also taken into account. Another point is the fire risk of electric cars.4 There may be short-circuits in the charging batteries, making it almost impossible to extinguish a burning vehicle. In addition, a lithium-ion battery burns in a very hot fire.

This is why it is so important to continue researching in this area in order to develop better technologies that may also use recycled elements or e.g. allow the use of fuel cells with hydrogen.

Practical studies at the Mannheim University of Applied Sciences, department of Electrical Engineering, make it possible to work on these future-oriented technologies, which are so vital for our society. Further information is available here.